A few words about our founder and director 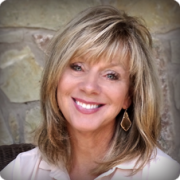 Hi, I am Steffani Wilkins, the founder and director of First Foundations Preschool. We founded First Foundations Preschool with a belief that together with families we are “Building the next generation”. Our goal is to provide a Christ centered, loving and supportive environment for your child. We are here to be an integral part of families in Northwest Austin, Cedar Park, and surrounding areas. As a team, we feel that we can support and help you during your child’s crucial developmental years.

During the day your child will experience creative learning through centers, group time, hands-on activities, and special music and Spanish classes. Cognitive abilities, language expansion, as well as, fine and gross motor skills will be developed through activities and learning centers throughout the school. Our curriculum is designed to encourage and enhance every area of your child’s growth and development. We have chosen A Beka, which is a phonics-based program, as our academic curriculum. We are honored that you are considering our school and pray for God’s guidance as you are seeking His best for your child.

Education is an important part of my family’s heritage. My mother, both of my grandmothers, numerous aunts and great aunts were teachers. Consequently, I have always wanted to teach. At a young age, I would take advantage of every opportunity to accompany my mother to her classroom. What fun!! Education was a natural choice for my college major. Throughout college I worked in various education centers, both early childhood and elementary.

Upon graduation, I was given two job offers, one as an Assistant Director and teacher in the Early Childhood Education program at West Valley College in Saratoga, California and another as a 2nd grade teacher in North Dakota. California sounded great and warm, but I selected North Dakota because a strong force pulled me there, my future husband, Jeff. We both taught in North Dakota for nine years before Jeff decided that one of us needed to make some real money so we could send our two children to college. Jeff left education and we headed for Austin, Texas where he began working for 3M.

After arriving here, I accepted a job teaching 2nd grade at a Christian school. During my third year however, I felt a strong conviction from the Lord, (He’s good at that) to start my own school. So, two other teachers and I opened Hill Country Christian Heritage School (HCCHS).

HCCHS started with Kindergarten and went to 3rd grade. We quickly added multiple classes until we were bursting at the seams with classes ranging from Pre-K through 5th grade. During our fourth year of operation, a large church (Hill Country Bible Church (HCBC)) proposed that HCCHS merge with its school, which was 6th to 10th grade at the time. After much prayer, we finally agreed to unite with the HCBC school. In the first year of our transition, I took on the role of principal, teacher, and I assisted with running the annual golf tournament. However, as fulfilling as these responsibilities were, it was not long before I felt convicted to fill a very pressing need for a quality preschool in the Northwest Austin area.

Thus, First Foundations Preschool (FFP) was born in 1999. At FFP we created the opportunity to nurture and teach children from the ages of three to five. FFP began its first year of operation with an enrollment of forty students. Each year our school enrollment has grown (based mainly on word-of-mouth referrals). We are now operating at full capacity and are privileged to provide education for over 300 children.

My husband, Jeff, still remains very active in all my endeavors. He has built classrooms and playground equipment, is serving on the FFP school board, and helps me to dream of new ideas to implement in the school. Jeff often reminds me that he really does have another job, but I know his heart belongs at our school.

I wake up every morning and thank God that I have a job that I love.

Not many people can say that. My mind is always thinking of ways to improve the school. I am often told, “Your school is a hidden treasure.” Our goal is to be a treasure that pours into the community, while at the same time, helping to build the next generation.

Students Through our Doors